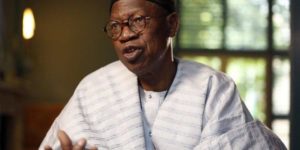 “No government anywhere will allow a repeat of the kind of destruction, killing and maiming wrought by the hijackers of EndSars protests last year.

“After all, only one policeman – (plus four others) – was killed in the invasion of the US Capitol in January, yet the FBI has continued to hunt down and prosecute the perpetrators. No life is more important than the other.

“The Federal Government is also keenly watching the role being played by the various social media platforms in this renewed clamour for violence in the country.

“Recall that the social media platforms that eagerly nudged on the EndSars protesters, until the situation got out of hand, are the same ones that quickly pulled the plug on even their own President when the chips were down in their own country.

“I hope we have all learnt our lessons. If we allow them to destroy our