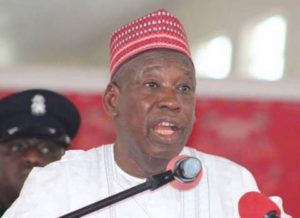 “The real story was that the deposed emir of Kano did not understand the responsibilities of a traditional ruler especially for a strong institution like that of Kano.

“The emir of Kano was a social critic, a celebrated social critic and there was nothing wrong with that because he is an educated person; there is freedom of speech.”

“That was the problem. That was the biggest problem; that he could not change his mode of life from social critic to an institution.