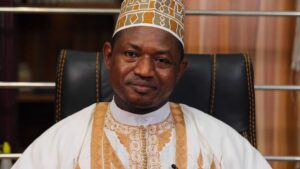 A Kano Upper Shari’a Court sitting at Kofar Kudu has ordered the Legal Aid Council of Nigeria to provide a legal representation for Sheikh Abduljabbar Nasiru Kabara following the withdrawal of his counsel, Ambali Muhammad (SAN, from an ongoing blasphemy case.

Muhammad is the third counsel to the embattled cleric to withdraw from the case following disagreements on the mode of representation.

Abduljabbar has since June last year been arraigned for making blasphemous statements against Prophet Muhammad (PBUH) which the Kano State Government said was capable of inciting the public.

Asked by the court if he would be presenting a new lawyer, the cleric pleaded to be left alone to continue with his case because he couldn’t find anyone willing to stand for him.

“Almost three times I have gotten legal representatives and after we finalise they will later call and say their lives are in danger and they cannot continue,” he told the court.

But objecting, the prosecution team led by Professor Nasir Adamu Aliyu (SAN) said considering the gravity of the offence he was charged for, not having a lawyer to defend him would have a negative impact.

He, therefore, prayed the court to ask the Legal Aid Council to provide a legal representation for him in line with Section 36 of the constitution.

Justice Ibrahim Sarki Yola granted the prayer and asked the Legal Aid Council to provide a legal representation for the defendant, saying that would aid accelerated hearing of the case and adjourned to May 26.