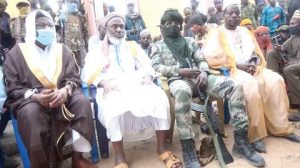 He stated “ There is no doubt about who they are because all their actions portray them as bandits and not insurgents. It is also not enough for him (Gumi) to say that security votes should be channelled towards addressing the demands of those who have been killing the people. Let him tell Nigerians what those demands are to justify the use of taxpayers’ money to address them.

“Let him also tell Nigerians the people he actually visited in the forest and the kind of discussion he had with them.

“Because if those he visited were the same people that have been looking for whom to kill, then his suggestion is curious,” the MBF spokesman said.