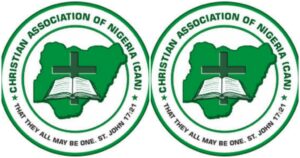 The Christian Association of Nigeria (CAN) has said that the cases of alleged blasphemy against Christian women in parts of the North were false alarms raised by unscrupulous men.

According to CAN, the allegations had become ploys to blackmail or settle scores with passive enemies or well-mannered young girls who have refused sexual advances by the opposite sex from another religion in the North.

The umbrella Christian body therefore called on government authorities and security agencies to act fast to address the ugly trend before it leads to a more serious conflict that cannot be handled.

The Vice President of CAN, (19 Northern States and Abuja), Rev. Joseph John Hayab, stated these in Abuja in reaction to the violence that erupted in the Katangan area of Warji Local Government Area of Bauchi State over an alleged blasphemy.

The Bauchi incident came barely two weeks after the killing of a 200 Level student of Shehu Shagari College of Education in Sokoto, Deborah Samuel by Muslim fundamentalists over alleged blasphemy against Prophet Mohammed.

Trouble started in Bauchi following a social media post by a 40-year-old staff of the Medical Department Warji Local Government, Rhoda Jatau, which was considered as blasphemous to Islam.

An unspecified number of people, including a pastor, sustained varying degrees of injury while many houses were burnt.

He said, “Allegations of blasphemy have now become the new excuse by fundamentalists in Northern Nigeria to kill the remnant that bandits and terrorists have not yet killed. How can you justify the period of what happened in Sokoto, the allegation in Borno, the fake allegation on Babachir Lawal by one Northern actor who we have on record how he made blasphemous remarks about Jesus Christ but quickly went and brought it down on the internet to cover himself before coming out to falsely accused Babachir Lawal, the former SGF? And we are seeing another carnage in Bauchi under the excuse of blasphemy.

“We know and have evidence of how some of these allegations of blasphemy are false and just for blackmail or settling scores with passive enemies or well-mannered young girls who have refused sexual advances by the opposite sex from another religion.

“We are also aware of how fanatics have in the past raised lies in the name of blasphemy.

“CAN wonders if the recent sermons we are getting from some Islamic clerics on what the Holy Quran says about what should be done if anyone is accused of blasphemy is unpopular amongst followers?

“The challenge now is for government authorities and security agencies to act fast to address this abuse of our constitution before it leads to a more serious conflict that can not be handled.

“Nigeria Christians most especially those of Northern extraction have for ages exhibited tolerance despite many provocations and lack of reciprocation of our love and friendship.  But these new tactics for killing our people from any and every accusation of blasphemy are unacceptable to CAN and all Christian faithful. We will not accept this brutal way of murder and inhuman treatment of our followers to continue.

“The government and security agencies should come out to enforce the law on every murderer hiding under religion. We will also wish to appeal to Christian leaders and parents to guide their children to resist any ungodly provocation that will make them say things that blood-thirsty fundamentalist can easily use to kill them.

“CAN is appealing to religious leaders from both religious divides to intensify teachings about the evil of taking the laws into one hand and killing another person for whatever reason.

“Alleged offenders should be reported to security agencies or taken to any competent court of law for judiciary pronouncement.

Nigeria is not a Banana Republic but a nation we believe should be governed by the rule of law.”