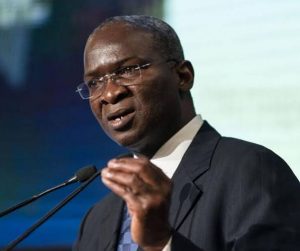 Explaining further, Fashola stated that based on the directive from the Presidency to undertake that expansion, “we needed to redesign an expansion to accommodate about 40 different bridges on this road to align with the lanes.

“So if they are going to expand from two to three lanes, a new design needed to be created. The process for doing that required us to hire a design consultant. We had to follow the procurement process established by the National Assembly.”

He said, “The procurement process is a long one which entails advertising, waiting for a period of six weeks after advertisement, reviewing of tender, picking of consultant and going to the Bureau for Public Procurement and finally to the Federal Executive Council for approval to hire a consultant to do the design requested.”