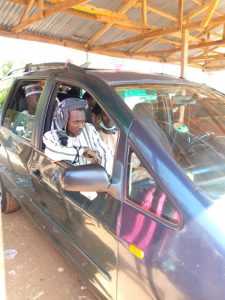 ” After identifying him, he alerted our leaders who in turn informed the nearest police outpost,” one of the NURTW members told Daily Trust.

It was said that the leaders had changed the driver of the vehicle with another person after the car was loaded with passengers and the new driver started driving the car towards Shuni town.

It was gathered that the car was blocked by the police who arrested the suspect and took him to their office.

While being interrogated, he (the suspect) was said to have admitted belonging to a gang of kidnappers who fondly called him ‘Hadari’ and this was later corroborated by the driver when invited for questioning.

“The police were surprised when the driver told them the name because he was not around during the interrogation,” our source added.

It was said that the suspect was later transferred to the Sokoto State Police Command headquarters for further investigation.

The spokesman of the Command, DSP Muhammad Sadiq while confirming the incident, said investigation was still ongoing.